The historic Stop Six neighborhood in southeast Fort Worth was founded by African American pioneer Amanda Davis (1865-1960), who purchased a one-acre tract in the undeveloped area in 1896 for $45.

Mrs. Davis had 10 children, raised poultry and worked as a laundress. Amanda Avenue, which runs between Rosedale Street and Ramey Avenue, is named for her.

Other early settlers to follow Davis were the Brockman, Stalcup and Cowan families. The settlement was originally known as “Cowanville” after Alonzo and Sarah Cowan, the second African American family to settle the area in 1902. The community of small farms and homesteads lacked municipal services, including police protection.

Mr. Cowan donated land for the area’s first church, Cowan McMillan United Methodist Church. The community was segregated, and it became known for its successful black-owned barber and beauty shops, barbecue stands and other businesses. 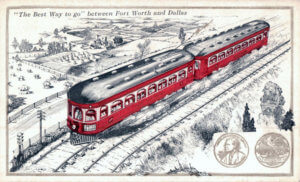 The Northern Texas Traction Co. ran an electric-powered, interurban streetcar through the community from 1902 to 1934. Cowanville was the sixth stop on the 90-minute trip from the Tarrant County Courthouse to Dallas. The nickname “Stop Six” stuck.

Stop Six is bordered by Rosedale on the north, Miller Street on the west, Loop 820 on the east and Berry Street on the south, and it still retains its rural flavor. Several smaller neighborhoods are part of Stop Six, including Village Creek, Bunche-Ellington, Stop Six Sunrise Edition, Ramey Place and Carver Heights.

In 2006 and 2007, Fort Worth designated the Carver Heights and the Stop Six Sunrise Edition neighborhoods as historic districts.

The 300-unit J.A. Cavile Place Apartments opened at Rosedale and Etta streets in December 1953 following community concern over inadequate housing available throughout the city, but especially in neighborhoods populated by African American families. Cavile, with its sturdy red brick exterior, was named for James Anderson Cavile, a Civil War veteran and early Fort Worth settler who organized some of the first schools for black children in Tarrant County. Cavile Place was the last of the old-fashioned public housing projects developed in Fort Worth.

Over the decades, the community grew to be a thriving, predominantly African American collection of neighborhoods and home to longtime business owners, educators, elected officials, ministers and other civic leaders. Paul Lawrence Dunbar High School on Ramey Avenue served as a hub of activity. 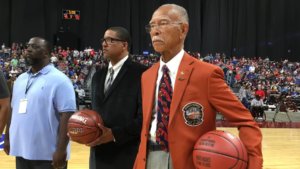 Dunbar gained national prominence with the remarkable success of its basketball program for 32 years under Coach Robert Hughes Sr, the winningest boys high school basketball coach in the United States.