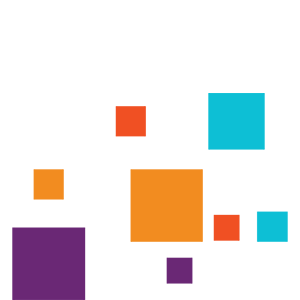 The Fort Worth City Council established the Housing Authority of the City of Fort Worth (now Fort Worth Housing Solutions) on January 5, 1938 in response to the U.S. Housing Act of 1937. This Act enabled the 45th Texas Legislature to charge local entities with providing decent and safe housing for low- to moderate-income families and individuals. The first Board of Commissioners was appointed by the Mayor of Fort Worth and that practice that continues today.

Ripley Arnold Place and Butler Place opened their doors in 1942 and became the Agency’s first public housing properties. In the early 1950s, the Agency built its third public housing community, J.A. Cavile Place, in the Stop Six neighborhood. Additional units were built at Ripley Arnold and Butler in 1962 and 1963 as the local need for housing assistance expanded.

In 1971, Fort Worth Housing Authority began to purchase private-sector properties. One of its first acquisitions was an 11-story, former hotel in downtown Fort Worth, now known as Hunter Plaza. The Agency renovated the property into 234 affordable units as well as administrative offices.  More recently, Hunter Plaza was redeveloped as a mixed-use community with 164 units and 10,000 square feet of commercial space.

The Housing and Community Development Act of 1974 authorized the agency’s Section 8 program, now known as the Housing Choice Voucher program. HUD developed the program to provide rental subsidies that enable eligible families and individuals to live in rental properties in the private sector.

During the ensuing years, the Agency provided housing assistance to a growing number of clients and began offering services that addressed other needs, including job training. With the expansion of services came the need for more administrative space. In 1995, the Agency purchased the former Carver-Hamilton Elementary School building next to Butler Place and relocated its administrative offices there.

With the sale of Ripley Arnold Place in 2001, the Agency ushered in a new era with the goal to “Change the Face of Public Housing.” The proceeds from the sale allowed the Agency to add new affordable properties to its inventory and make numerous upgrades.

More recently, the housing authority changed its name to Fort Worth Housing Solutions (FWHS) so that it reflected its core mission: To develop housing solutions where people flourish.  In 2015, FWHS received HUD approval to convert its entire portfolio of public housing units to the Rental Assistance Demonstration program. The Agency is now focused on transforming its housing stock to a mixed-income community model that was first proposed by HUD’s HOPE VI program. Through acquisitions, rehabilitation and new construction, it is expanding its portfolio of properties, which include both affordable and market rate units. A total 1,600 new units are under development.

FWHS and the City of Fort Worth received exciting news in 2018 when HUD announced they were selected for the EnVision Center Demonstration program. To be headquartered at the Martin Luther King Community Center, the EnVision Center will be designed to offer HUD-assisted families easy access to a wider array of support services that can help them achieve self-sufficiency.

FWHS has evolved with the times to accommodate changes in federal policies and local economic conditions. It has transitioned from an owned-and-operated property model to an asset management/property development model that offers greater housing choices and a range of client services. It will continue to evolve, adapt and develop new partnerships in the pursuit of its vision: to provide quality, affordable housing that provides the foundation to improve lives.