A Look at Butler’s History

The City of Fort Worth created the Fort Worth Housing Authority toward the end of the Great Depression in 1938. At that time, thousands of families earning less than $1,000 per year lived in unsanitary, dangerous dwellings in and around the city. 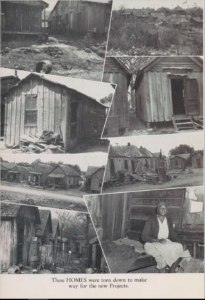 Many of the families lived on Chambers Hill closer to the Trinity River, where the housing authority decided to build Butler Place Apartments. Butler Place was one of 52 Public Works Administration (WPA) projects for low-income housing under Franklin D. Roosevelt’s New Deal. Local leaders thought Butler should be close to I.M. Terrell High School, the city’s high school for African American students at that time.

Butler Place was named for Henry H. Butler, a Civil War veteran and the first African American teacher in the Fort Worth school system. Butler was a friend of I.M. Terrell. “All the pioneering citizens speak in glowing terms of him,” reported the Fort Worth Star-Telegram on Jan. 10, 1940 about Henry Butler.

Younger students attended another school at the edge of the Butler Place property, the George Washington Carver Elementary/Junior High School, later renamed Carver-Hamilton Elementary. Built in 1909, the red brick building was the original African-American high school.  It was actually the first school named for Isaiah Milligan Terrell, the school’s principal at one time.

Dee Jennings, president and CEO of the Metropolitan Black Chamber of Commerce, grew up at Butler Place and remembers a strong community and a lot of fun. “Back in the day, we could leave our apartments at about 7 or 8 o’clock, and head to an area called Free Show Hill,” Jennings recalls. “You’d take your pallet out and get your popcorn, your hot dogs and your food … You’d lay on the pallet and they would show you movies until 1 o’clock in the morning. That was community, because the free show was for anybody who wanted to go claim a spot,” and families would get to know one another, says Jennings. 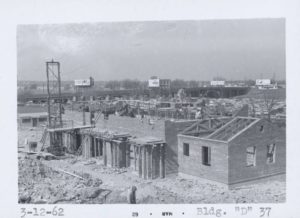 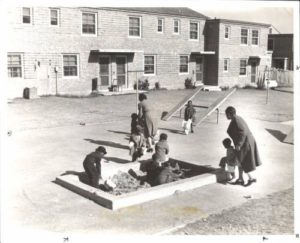 During the 1950s, Butler Place was partially demolished to make way for the construction of a north-south freeway. As a result, additional buildings were added north and east of the original development and existing apartments were upgraded. But the freeway construction that occurred on all sides of the development isolated the community. Today, Butler Place remains landlocked between I-35, 287 and I-30. 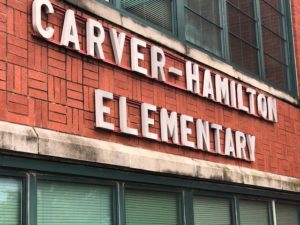