FORT WORTH, TEXAS, Sept. 23, 2021 – The Hillside Apartments, one of the first multifamily communities built during a downtown resurgence more than two decades ago, will be renamed “Jennings Place” in honor of a beloved business and civic leader who as a teen dreamed of working in the business district’s gleaming office towers.

Devoyd “Dee” Jennings grew up in what was then known as “The Hill,” the Rock Island Bottom and Butler Place neighborhoods, and served as president and CEO of the Fort Worth Metropolitan Black Chamber of Commerce for more than 20 years. He died July 24 at age 73.

Naming the 172-unit, Craftsman-style community at 300 Crump St. for Jennings is a fitting tribute to a man who loved downtown Fort Worth and dedicated his career and volunteer work to shaping a better city overall, family members said.

“Fort Worth was his city,” said Gwen Barbee, Mr. Jennings wife of 41 years. “When he was growing up in Butler, he always told his friends to look up The Hill toward downtown because that was the future. He told them to believe that they could work hard, go to school and, one day, work in those office buildings.”

“Dee Jennings was a true friend and a collaborative leader who had the rare ability to engage everyone he met and move our community forward in unity,” Lemons said. “We are thankful for the impact he had on Fort Worth, and we hope that everyone who sees the beautiful Jennings Place community at the eastern edge of downtown will pause and reflect on the positive impact he had on Fort Worth.” 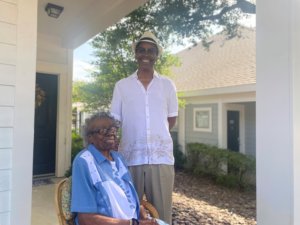 Mr. Jennings was 6 years old when he moved to a Butler Place apartment with his mother and brothers, Melvin and Jerry. His father had died, and Mrs. Jennings raised the three boys with support from friends across the community. In those years, Butler was segregated. Mr. Jennings’ childhood and teen years revolved around the surrounding neighborhoods and I.M. Terrell High School, the city’s only black high school until 1957.

Mr. Jennings was a proud member of the 1965 I.M. Terrell state championship basketball team, a 1966 graduate and lifelong member of the I.M. Terrell Alumni Association who cherished the “old gold and blue.” He attended Tarrant County College and earned his bachelor’s degree in marketing from Texas Wesleyan University in 1971. Mr. Jennings spent 27 years as a TXU community affairs specialist and was the first black lobbyist for Texas Electric before joining the chamber in 2001.

“He would be humbled to be remembered in this way,” said Margaret Jennings, Mr. Jennings’ mother, who moved to the Hillside Apartments in 2019 and lives there today. “This was a community where a lot of nice people lived. Everyone was kind to each other. We loved living here.”

The Hillside Apartments were built in 1997 on 12 acres bordered by East First Street on the north, East Fourth Street on the south, Nichols Street on the east and the railroad tracks on the west. The site includes the historic Greater St. James Baptist Church, and a former Knights of Pythias Hall that was renovated and opened in 2013 as an 18-unit FWHS residential community.

The property was originally financed by a partnership spearheaded by Downtown Fort Worth Initiatives Inc., an affiliate of Downtown Fort Worth Inc. The partnership secured tax credits to guarantee that 60 percent of the units would be reserved for families earning less than 60 percent of the Area Median Income. St. Louis-based McCormack Baron Salazar, FWHS’s lead housing partner on the Stop Six Choice Neighborhood Initiative, developed the Hillside Apartments.

Fort Worth Housing Solutions partnered with Downtown Fort Worth Initiative Inc. and bought the property in 2014 after some initial investors expressed an interest in selling. Today, the community is managed by RPM Living, an Austin-based real estate management services firm.

Larry Anfin, chairman of the Downtown Fort Worth Inc. Board of Directors, said: “Our organization was privileged to help develop the Hillside community more than two decades ago, and our Board could not be more pleased to see the property named for our good friend Dee Jennings.

“High-quality, mixed-income housing is an essential part of our city’s vibrant downtown. We are glad to see that Jennings Place will continue that tradition in association with Dee,” Anfin said.

The Hillside rebranding follows other efforts to honor Mr. Jennings. The Fort Worth City Council adopted a resolution Sept. 21 renaming the city’s Business Assistance Center in honor of Mr. Jennings. A public memorial to commemorate his life is scheduled for 10:30 a.m. to 12:30 p.m. Saturday, Sept. 25, 2021, at I.M. Terrell Academy for STEM and VPA, which Jennings was instrumental in supporting leading up to its 2018 opening.

Fort Worth Housing Solutions is the premier provider of affordable housing in the City of Fort Worth. The agency’s portfolio includes 40 mixed-income properties across the city with 87 percent of its 7,000 units offered at various levels of affordability to income-eligible residents. The agency also manages federal Housing Choice Vouchers and other rental assistance programs that help about 7,000 families and individuals cover housing costs each year. In all, FWHS ensures that more than 28,000 people have a safe, affordable place to call home each day. Learn more at www.fwhs.org. 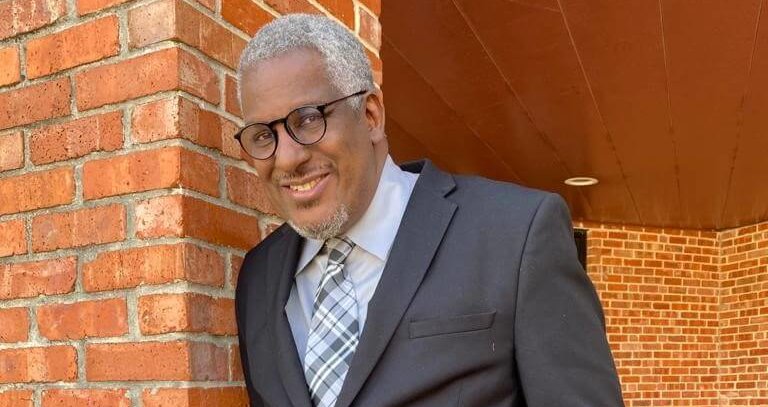